… a young man by the name of Paul Gill qualified in DIT Kevin Street as an optometrist. He had a vision for the future of optics in Ireland to bring Parisian luxury and style to the streets of Dublin. Looking for work as a newly qualified optician Paul worked in Cork for 2 years before making the decision to go out and open up his own practice.

Growing up in Booterstown Paul was familiar with Dalkey in the suburbs of South County Dublin. It was there that he found a premises for sale at 2 St Patricks Road. Split down the middle, the premises consisted of a barber shop on one side and a wetsuit shop on the other. 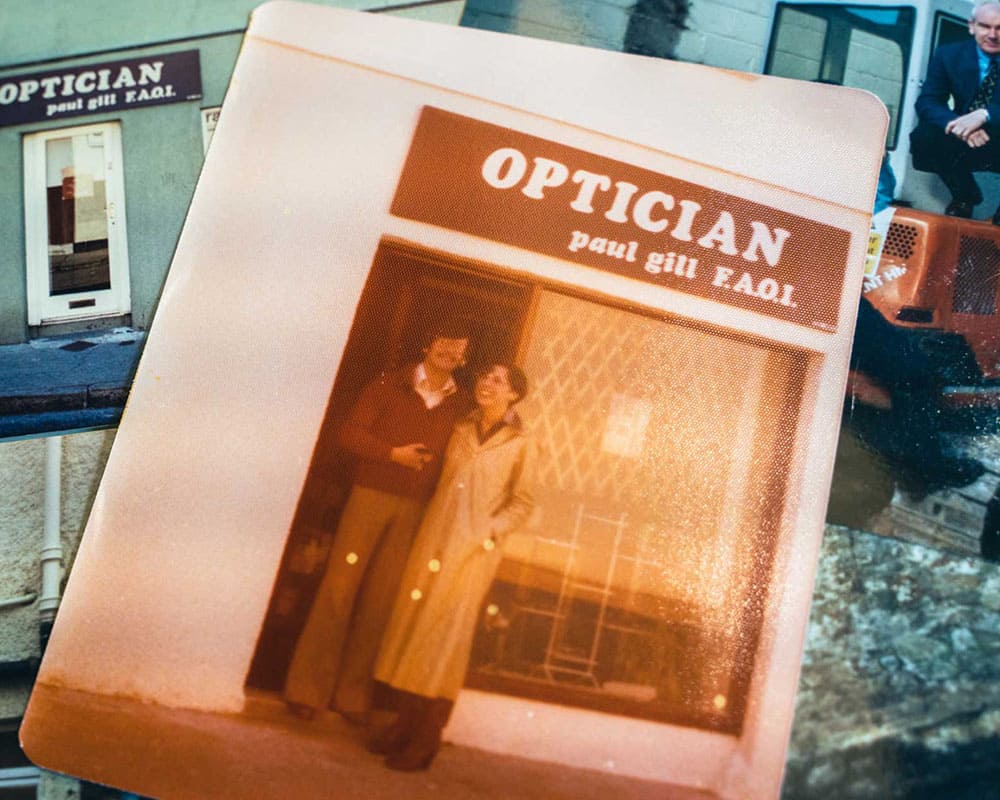 Starting out in the old barber shop Paul immediately saw the potential and after a year offered to buy out the wetsuit retailer and the apartment upstairs. Paul and Karen moved in upstairs in 1977 and Paul Gill Opticians was established. In the early years the business gained traction, and quickly became known as the number one practice in Dublin for exclusive eyewear. Soon clients from the four corners of Ireland were catwalk ready, eyewear had shifted from necessity to a fashion statement.

Over the next 25 years Dublin evolved, the city boundaries expanded and the suburbs became more populated. Dalkey which was once a small country village became the place to be with celebrities, authors and the wealthy. The brands which Paul began to stock were more luxurious to cater for the clientele that resided around the village. 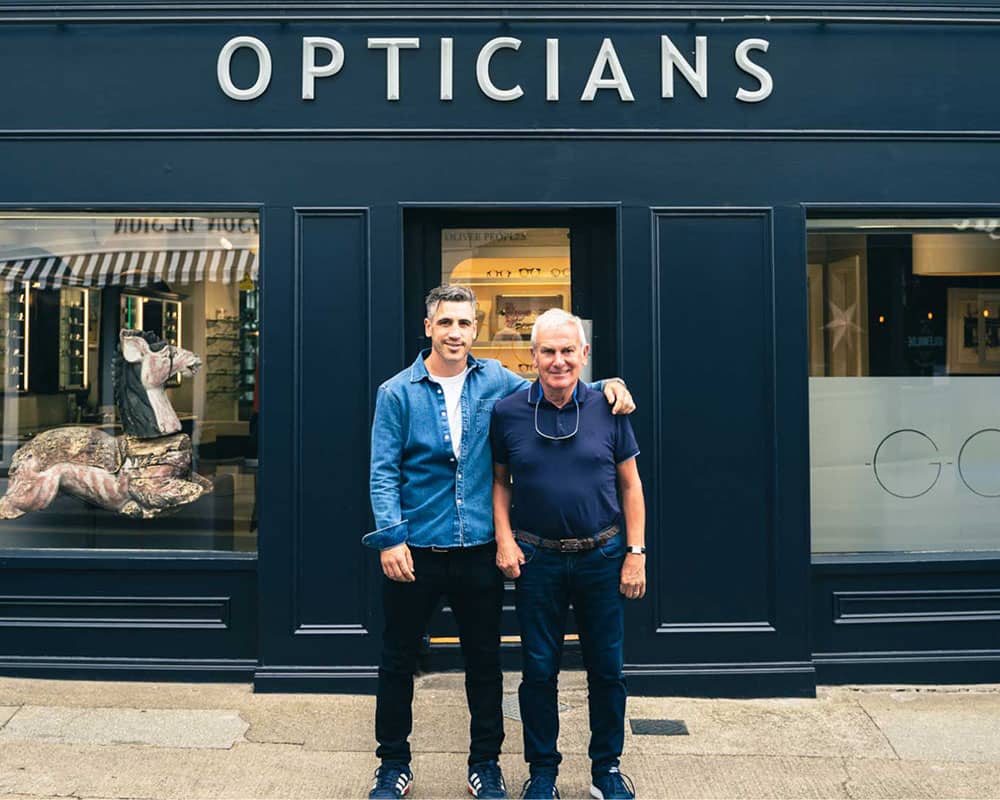 In 2002, Jamie, Paul’s eldest son aged 20 decided he wanted to follow in his father’s footsteps. Jamie trained as an optical technician and in 2013 qualified as a dispensing optician. In 2017 Paul retired with the faith that Jamie will carry on his legacy and maintain the excellence in standards that Paul Gill Opticians is synonymous with.

This handsome gentleman is looking well in his new

Take your pick! We love the metal collection by @k

Another happy client looking stunning in her new @

Our fabulous client is looking sparkling in her ne